Paul made it to Rome amidst some amazing and miraculous works of God which would have been evident to those travelling with Paul which incuded Luke, Aristarchus, the centurion guard Julias, fellow prisoners, sailors and “others”. He was judged by Roman authorities to be innocent (Acts 28:18)  prior to the events of Acts 28:

Who, when they had examined me, would have let me go, because there was no cause of death in me. (Acts 28:18 KJV)

and his special treatment upon arrival in Rome till Acts 28:31 is consistent with this.

And when we came to Rome, the centurion delivered the prisoners to the captain of the guard: but Paul was suffered to dwell by himself with a soldier that kept him. (Acts 28:16 KJV)

And Paul dwelt two whole years in his own hired house, and received all that came in unto him,
Preaching the kingdom of God, and teaching those things which concern the Lord Jesus Christ, with all confidence, no man forbidding him. (Acts 28:30-31 KJV)

Why start with this? It is likely in my estimation that Paul was released and later imprisoned again – somewhere in between he received “the mystery”. What I hope to establish is that the context of Acts 28 is judgment and continuance — not a defacto judgment of Isa. 6:9,10.

Paul needed to meet with the Jewish authorities in Rome:

For this cause therefore have I called for you, to see you, and to speak with you: because that for the hope of Israel I am bound with this chain.
And they said unto him, We neither received letters out of Judaea concerning thee, neither any of the brethren that came shewed or spake any harm of thee. (Acts 28:20-21 KJV)

Up till this point Paul was a prisoner for the “hope of Israel”, all gentiles accounted as seed by faith were partakers of the inheritance through an unnatural graft Rom 11. Unless God explicitly changed this we would expect that this hope would continue. If you think this was changed because of a perceived rebellion of Israel then I must ask — where is the evidence in Acts 28?

Let me be explicit — up till Acts 28 and after Paul was the prisoner for the “hope of Israel” and gentiles shared in this hope. What I think is likely to be the actual history of Paul is that he was released after Acts 28 and sometime later received the revelation of the Mystery and was imprisoned again  where he penned the “prison epistles”. It is then, Acts 29 that he became the prisoner of Jesus Christ for the gentiles with a new revelation and hope.

Clearly there is a significant boundary here in Acts 28 — the way the leaders were dismissed and the Isa. 6:9,10 at the end of a progression of jewish rebellion is significant. The question which must be asked – is this where Israel was dismissed as a nation?

And when they had appointed him a day, there came many to him into his lodging; to whom he expounded and testified the kingdom of God, persuading them concerning Jesus, both out of the law of Moses, and out of the prophets, from morning till evening.
And some believed the things which were spoken, and some believed not.
And when they agreed not among themselves, they departed, after that Paul had spoken one word, Well spake the Holy Ghost by Esaias the prophet unto our fathers, (Acts 28:23-25 KJV)

Notice that after the all day conference we do not have a complete rejection of the kingdom message pertaining to Christ. Rather “some believed”. The unbelief of the rest was enough to warrant the “well spake” introduction to the prophets words in Isa.6:9,10. The passage was dejure in Math 13:13 but was it now defacto?

The salvation of God

In Acts 28:28 – we have an interesting conclusion given by Paul to the jews then present:

Be it known therefore unto you, that the salvation of God is sent unto the Gentiles, and that they will hear it. (Acts 28:28 KJV)

In the immediate context we see that “the salvation of God” is a message (“it”) and that message was formerly sent to the jews (could NOT be the revelation of the mystery since the Jewish hope was entirely based on Old testament scriptures –  “law and prophets”).

Rather than an interruption we have a continuance with the proviso that there is another judgment on Israel — the final one ending with the burning of Jerusalem Matt 22:8.

The kingdom of God

The Acts 28:23-31 context includes references to the kingdom of God.

And when they had appointed him a day, there came many to him into his lodging; to whom he expounded and testified the kingdom of God, persuading them concerning Jesus, both out of the law of Moses, and out of the prophets, from morning till evening. (Acts 28:23 KJV)

Preaching the kingdom of God, and teaching those things which concern the Lord Jesus Christ, with all confidence, no man forbidding him. (Acts 28:31 KJV)

Within these 9 verses we traverse belief and unbelief, words well spoken afore about the spiritual condition of Israel and a continuance of message. It would be starnge that Luke would now want us to infer that the kingdom message was different in vs 31 to that of vs 23.

No one would forbid him preaching the kingdom of God because of the disagreement among the Jews — if the Jewish authorities were unanimously opposed to what Paul was proclaiming then they would likely forbid him. But notice:

And Paul dwelt two whole years in his own hired house, and received all that came in unto him, (Acts 28:30 KJV)

He received all — would that include Jews?

It seems more likely then that the message of the kingdom continued past Acts 38:31 and later the revelation of the mystery came to PAul in or before a latter imprisonment. What I would call Acts 29.

The salvation of God is a message — that message in context was a kingdom hope based on Moses and the prophets — it continued passed Acts 28 and the period “.” is pregnant.

See more of the blogs on this topic and also the video series Acts 29. 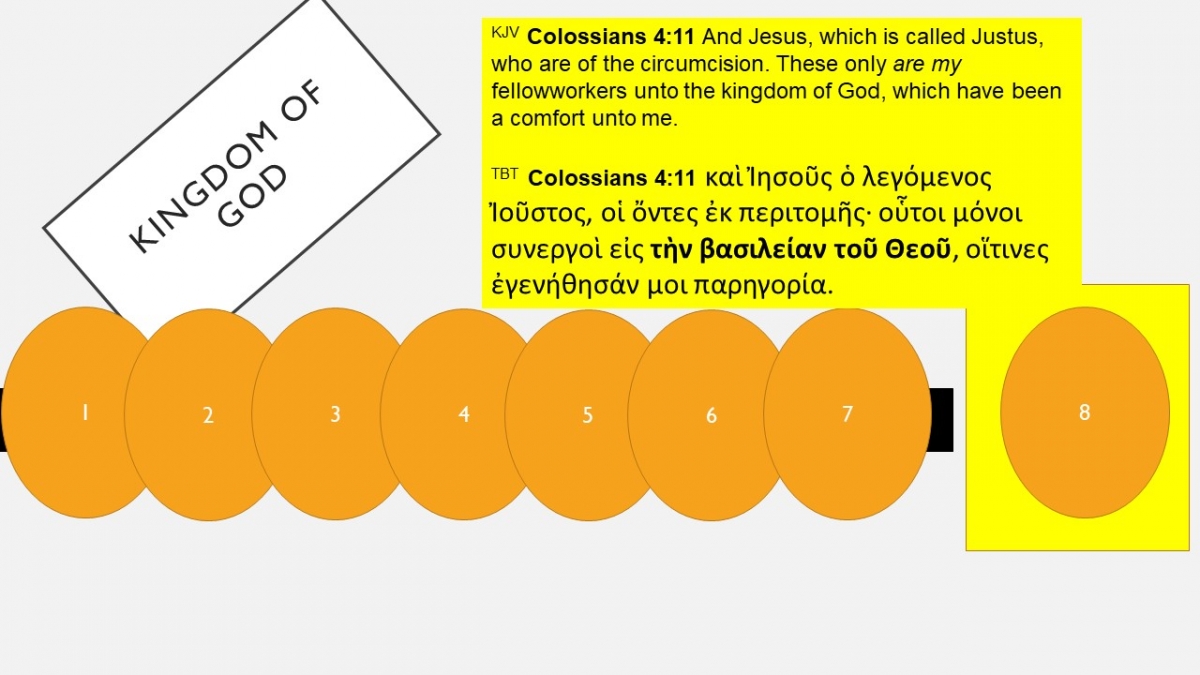