So we Preach and so ye Believed

The mid-Acts position presupposes that with Paul came “The Mystery”. That is there is little differentiation between Paul’s Acts ministry and Post Acts ministry. There are some very heavy penalties for this mistake.

Furthermore — how do you know? Putting “the Mystery” into the Acts confuses a lot of our deportment and faith. 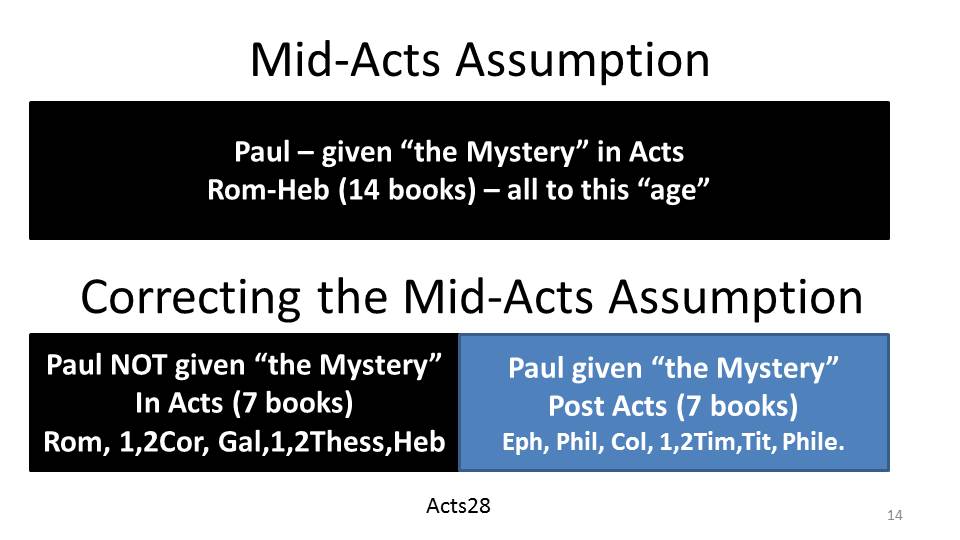 Paul and the Apostles

During the time covered by the book of Acts and since Paul’s Arabian trip we find that Paul and the apostles preaching the same gospel of salvation .

KJV  Galatians 1:17-20 Neither went I up to Jerusalem to them which were apostles before me; but I went into Arabia, and returned again unto Damascus. 18 Then after three years I went up to Jerusalem to see Peter, and abode with him fifteen days.1 19 But other of the apostles saw I none, save James the Lord’s brother. 20 Now the things which I write unto you, behold, before God, I lie not.

Notice that after 3 years Paul visited Peter then James. In 1 Cor 15:5-8 Paul lists those who saw the resurrected Christ

Paul saw no other apostles than Peter and then James. Both Peter and James were leaders and could verify that gospel which Paul preached and received. Notice that in the above list Paul is not the leader of the group called “all the apostles” but is put in contrast with the “above 500”. In verses 9-11 Paul says this: 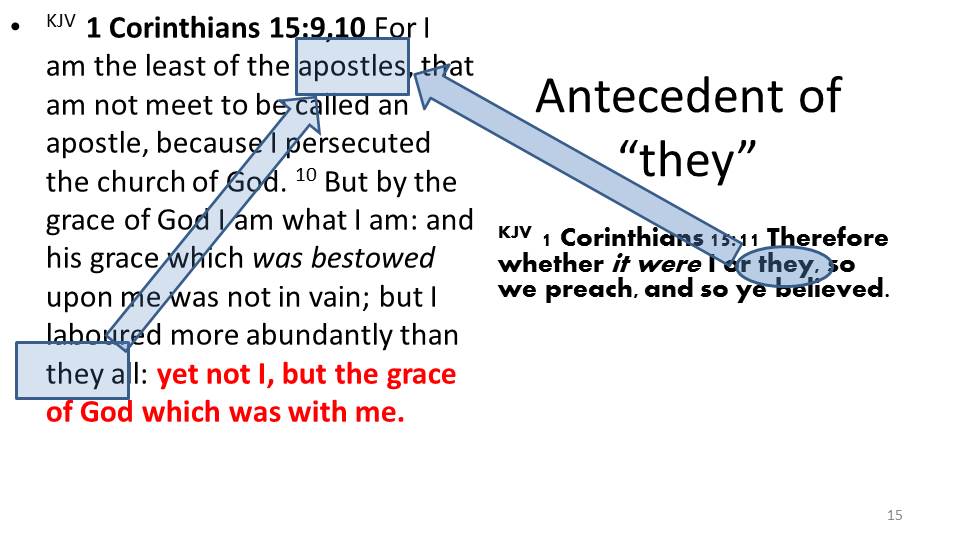 The antecedent to “they” in verse 11 is “apostles” — that is whether it were Paul or the apostles the same message was preached and corinthians believed.  A commonality of message was clearly present. 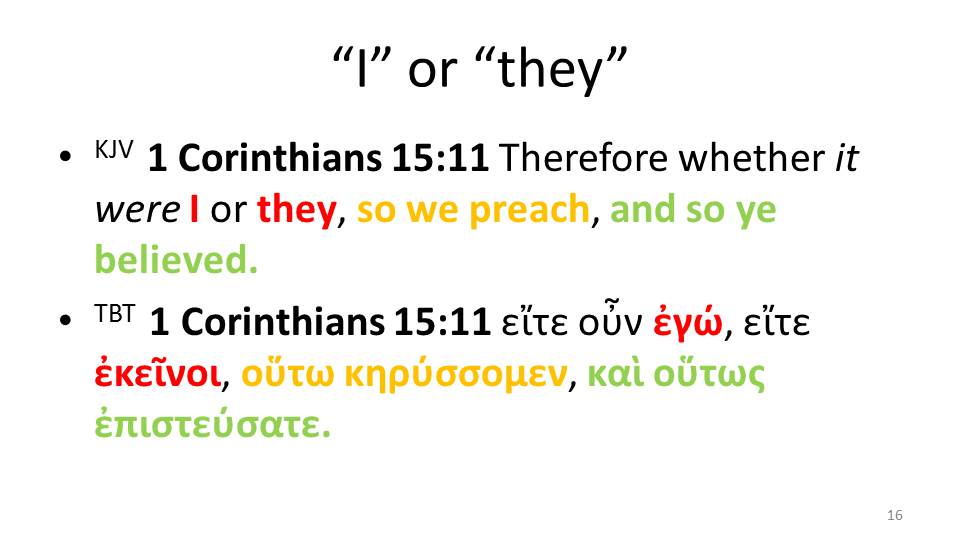 The message was common — “so we preach” is present tense — we could emphasize this by translating it “so we go on preaching” — the houto is an adverb “in this way”. IN THIS WAY PAUL AND THE APOSTLES GO ON PREACHING. IN THIS WAY YE BELIEVED.  This was the economy of that time — a common message based on the old testament prophets 1 Cor 15:1-4.

KJV  1 Corinthians 15:1 Moreover, brethren, I declare unto you the gospel which I preached unto you, which also ye have received, and wherein ye stand; 2 By which also ye are saved, if ye keep in memory what I preached unto you, unless ye have believed in vain.1 3 For I delivered unto you first of all that which I also received, how that Christ died for our sins according to the scriptures; 4 And that he was buried, and that he rose again the third day according to the scriptures: (1Co 15:1 KJV)

Clearly the gospel Paul preached to the Corinthians was “according to scriptures” to deny this is simply unbelief in the revealed word of God. Further this is commonly what was taught — look at the context of 1 Cor. 1 — Paul shows the unity of his message by denying that Christ was divided.

1 Cor. 1:12 Now this I say, that every one of you saith, I am of Paul; and I of Apollos; and I of Cephas; and I of Christ. 13 Is Christ divided? was Paul crucified for you? or were ye baptized in the name of Paul?

To say that Paul was preaching a fundamentally different gospel would be to divide Christ and join in with the group that says that they were “of Paul”.