Occupy Till I Come

Be ye followers of me

It was the apostle Paul who said:

This was written to the Corinthians during the Acts period. Paul uses the imperative ” γίνεσθε” of the verb ginomai which means “to become”, if this is taken to be in the  “middle” voice then Paul would mean that the Corinthians were to become and remain followers of him for their own benefit. The word from which “followers” comes is μιμηταί  which means “imitators” – but since the context is good as is the 7 uses of the word in the new testament (portraying a model of exemplary living) , see 1 Cor 4:16; 11:1; Eph 5:1; 1 Th 1:6; 2:14; Hb 6:12; 1 Pt 3:13 it would be best to leave the translation as is and avoid the negative connotation of “imitation”. Note that  Eph. 5:1 takes the higher plane “Be ye therefore followers of God as dear children”.

Those who don’t rightly divide the word of truth and attempt to begin the unevolved and created church with its distictive head and headship teaching in mid Acts will attempt to harmonize these woords with our age. The problem is that they will need to do the same with the words that follow.

Even as I also am of Christ

Paul was not simply placing himself in a position of superior conduct — he modifies the imperative clause with “even as I also am of Christ” – we must then ask what was Christ’s intention and will for conduct THEN? Before answering this we can at least get an idea of what this would be by looking at the next verse which he begins with a praise Ἐπαινῶ which is used 4 times in 1 Co. 11:2, 17, 22 (2) in the book of 1 Corinthians. In 11:2 the thought is positive but the other usages are negative for example 11:22  “…I praise you NOT”.

In the gospels the usage is negative as in making the word of God of none effect through their traditions. In Galatians and 2 Thessalonians the usage is positive and Colossians negative. We would have to conclude that there were good and bad traditions. Traditions were an addition to the Biblical record for example:

KJV  Mark 7:8 For laying aside the commandment of God, ye hold the tradition of men, as the washing of pots and cups: and many other such like things ye do. (Mar 7:8 KJV)

These “like things ye do” were of the same class of addition and not in accordance with the letter of the law. Of course some of them may nonetheless be used to profit understanding and practice, the problem with this is that they can become greater than what they should be in the mind of the practioner and even replace God’s intention.

Paul praises them that they “keep the traditions” that he delivered. So were these traditions what Christ desired, practiced or gave as an example? Lets see if we can find one, and remember that Paul was corrective in this portion as he praises them not in regards to this ordinance:

23 For I have received of the Lord that which also I delivered unto you, That the Lord Jesus the same night in which he was betrayed took bread:
24 And when he had given thanks, he brake it, and said, Take, eat: this is my body, which is broken for you: this do in remembrance of me.
25 After the same manner also he took the cup, when he had supped, saying, This cup is the new testament in my blood: this do ye, as oft as ye drink it, in remembrance of me.
26 For as often as ye eat this bread, and drink this cup, ye do shew the Lord’s death till he come.
27 Wherefore whosoever shall eat this bread, and drink this cup of the Lord, unworthily, shall be guilty of the body and blood of the Lord.
28 But let a man examine himself, and so let him eat of that bread, and drink of that cup.
29 For he that eateth and drinketh unworthily, eateth and drinketh damnation to himself, not discerning the Lord’s body.
30 For this cause many are weak and sickly among you, and many sleep.
31 For if we would judge ourselves, we should not be judged. (1Co 11:23-31 KJV)

The above recounts the Lord’s supper, he received it from the Lord and passes it on to the Corinthians (remember 11:1,2  “even as I also am of Christ” and “keep the ordinances”), these ordinances came from Christ. The supper contains parts of the passover and parts of a tradition then present “the cup of blessing” — where is that mentioned in Exodus? Where do we read of the four cups other than in the traditions of the Jews? This was a part of the Lord’s ministry where he took a tradition and used it to teach the efficacy of His blood in the sacrifice He made. Paul said “even as I also am of Christ” — yes these traditions including the coverings were in compliance with the will of God for the time of the Acts when Jew was first Not TODAY! Paul was in compliance witht the teachings of the Lord in His earthly ministry.

You will notice that harsh judgment comes on those who do not partake in a worthy manner! This is not consistent with what is happenning today nor is the observance of the new covenant given to Isarel. BUT IT WAS THEN!

Paul was a establishing and administering an economy – an economy to bring in the new covenant given to Israel Jer 31:31, Heb. 8:8-10

KJV  2 Corinthians 3:6 Who also hath made us able ministers of the new testament; not of the letter, but of the spirit: for the letter killeth, but the spirit giveth life. (2Co 3:6 KJV)

Occupy till I come

The apostle Paul taught what the Lord taught him, this included traditions such as the admixture represented in “the Lord’s supper”. This was the acts economy — the parallel would be the secular economy, economics requires a correct and zealous application of business procedures.

The Lord uses a parable to answer the people of Jericho who formed “the press” or crowd Luke 19:3, 7,11 (“they”) who believed that the kingdom of God should immediately appear. It also needed to be brought up becasue the next place He was to visit was Jerusalem 19:28 where so much sorrow would take place 19:41 becasue of their ignorance. The development leading up to the statement of the parable concerns the chief publican (καὶ αὐτὸς ἦν ἀρχιτελώνης) Zacchaeus whom the Lord visits in his house the same day. In verse 7 the crowd objected because Zacchaeus was a sinner, in verse 8 Zacchaeus responds and displays his good deeds, then Jesus says

9 And Jesus said unto him, This day is salvation come to this house, forsomuch as he also is a son of Abraham.
10 For the Son of man is come to seek and to save that which was lost.
(Luk 19:9-10 KJV)

This is in compliance with the teaching that Jesus was sent to the lost sheep of the house of Israel — and since Zacchaeus was on of those lost sheep, salvation had come to his door also. The Lord in this way corrects the crowd’s false notion of nature of sin and who was open to the blessings of the kingdom, he then corrects the false notion of the immediacy of the kingdoms appearance by the use of the parable.

11 And as they heard these things, he added and spake a parable, because he was nigh to Jerusalem, and because they thought that the kingdom of God should immediately appear. (Luk 19:11 KJV)

Now we read of an economy that must be developed if those who participate in are to be rewarded.

12 He said therefore, A certain nobleman went into a far country to receive for himself a kingdom, and to return.
13 And he called his ten servants, and delivered them ten pounds, and said unto them, Occupy till I come.
13 καλέσας δὲ δέκα δούλους ἑαυτοῦ, ἔδωκεν αὐτοῖς δέκα μνᾶς, καὶ εἶπε πρὸς αὐτούς, Πραγματεύσασθε ἕως ἔρχομαι.
(Luk 19:12-13 KJV)

Who is the nobleman? This would have to be the Lord. Where is the far country? Heaven. Where would He receive the kingdom? Heaven. What kingdom? The same as that mentioned in verse 11 and taught throughout the gospels and old testament.  Now look at verse 13 — here comes the economical stuff — here comes the business parallel – ten pounds delivered to the servants — what were they to do? Occupy till he come. Till who comes? The nobleman=Christ. What does occupy mean? This is an imperative Πραγματεύσασθε and means “trade!” or “do business!”, there is no change in economy — the commad was to carry on with the economy and make a business success out of it”.  Luke 19:14-27 shows the Lords displeasure with those who were not industrious within the economy — the same economy that existed when he left to go to the far country. But His citizens hated him and some did not trade with zeal various rewards were given on the basis of productivity. Those who were his enemies were slain verse 27.

The time between the Lords prophetical departure and return were to be occupied with business of the economy then present, no essential change other than urgency. So it was with Paul’s Acts ministry it was Israel Kingdom economy and urgent (the time is short). 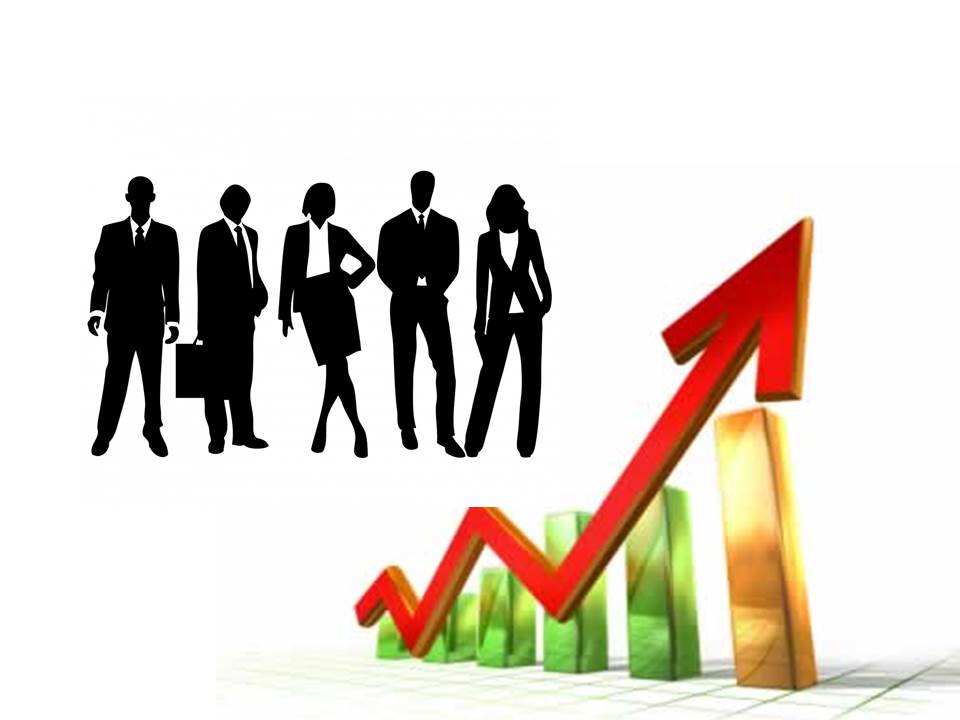 We should occupy till he appears

The coming in Luke and 1 Corinthians is the second coming as revealed in prophecy. It relates to Gods kingdom promises with relation to Israel. This economy was replaced, we have a different command.

KJV  Ephesians 3:9 And to make all men see what is the fellowship of the mystery, which from the beginning of the world hath been hid in God, who created all things by Jesus Christ: (Eph 3:9 KJV)

A new economy has been revealed:

KJV  Colossians 1:25 Whereof I am made a minister, according to the dispensation of God which is given to me for you, to fulfil the word of God;
TBT  Colossians 1:25 ἧς ἐγενόμην ἐγὼ διάκονος, κατὰ τὴν οἰκονομίαν τοῦ Θεοῦ τὴν δοθεῖσάν μοι εἰς ὑμᾶς, πληρῶσαι τὸν λόγον τοῦ Θεοῦ,

The word translated “dispensation” is οἰκονομίαν and means “economy”,  this is what fills the word to the full.